LIGHTS, CAMERA, ACTION! AKA Books I Want Adapted To Screen 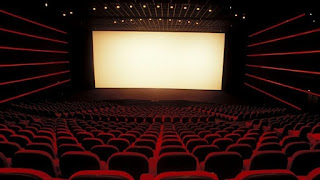 It feels like remakes and reboots are at their absolute peak at the moment, and I've seen many a person lament the fact that amazing original stories are being overlooked in favor of repackaging the same stories. So here are just a few books I would probably sell my soul to watch!

(In no particular order)

This one was prompted by an Instagram comment that said this novella would make for great TV (I believe it was Megan J. Kaleita, author of This Book is Brought to You by My Student Loans) and I instantly thought to myself, "Holy shit, yes!" It's full of the most beautifully surreal imagery in a setting that feels somewhat familiar, but also like you could only get to it via rabbit hole or wardrobe. Who wouldn't love a stylish,experimental, latinx TV show to binge?!

I've wanted a movie adaptation of KIN since reading the very first chapter. I could see it so clearly in my minds eye, and it felt so powerful. There's another very talked about scene (I think anyone who's read it knows which one I'm talking about) that with some good practical effects would become an absolutely iconic scene in horror, and I would love for it to make my stomach churn in a visual medium.

I need this to be a low budget (but not *cheap*) movie now. There's some dark humor that could be camped up a bit, copious amounts of blood, and a spiral into depravity that would be a joy to watch. There was a Twitter conversation talking about who imagined in the lead, and someone mentioned Matthew Lillard, who would be amazing hamming it up as Gary.

This might be cheating a bit considering the author has also written a movie (it starred Al Pacino and Holly Hunter no less!) but I think the transformation to a movie would make for such a great dark comedy, and i can't help but feel that actors would have a blast bringing the characters to life. Plus, the book already has the perfect casting for lead! Towards the end there's a joke about a biopic made about the main character that stars John C. Reilly, and he would totally be able to balance the humor and the darkness within the story.

5. Laser House on the Prairie by David W. Barbee

I want a neon soaked, synth filled, animated movie adapted from this novella like you wouldn't believe! Barbee created such an exceptional, detailed world filled with such fun characters that I feel would lend itself perfectly to the imagination and impossibility of animation. It's so damn fun, and has such cult classic potential!

So I always visualize stories while reading, but sometimes I like to ponder how certain scenes would be able to work on an actual  screen for fun. In A SPECTRAL HUE there is artwork all connected by the same distinct color with a glowing life of it's own and I was struck by the distinct image of a tight shot of the characters face, filled with a mix of awe and dread, with a fuschia light slowly shifting over their features that I can't get out of my head. This would fit in perfectly with the kind of horror A24 has been putting out, and I NEED IT!

Iglesias' Barrio Noir novella has the perfect amount of horror and surrealism that would make a one of a kind movie that people would just have to go crazy over. It seriously has it all, the cartel, a bruja, a Russian assassin, *something* in a bucket that likes to eat fingers...seriously, read this book and tell me you don't want to watch it unfold on screen!

8. The Rust Maidens by Gwendolyn Kiste

Past/Present timelines, a female coming of age story, and disturbing transformations, THE RUST MAIDENS would make an excellent TV show that I would binge so hard! The decaying rust belt setting would look wonderfully moody, and the possibilities in regards to the transformation of the girls are endless. Let a special effects artist go crazy avant garde with the maidens and it would be sensational.

I swear Aetherchrist came with it's own built in visual aesthetic that was a winning combination of The X Files and Twin Peaks and I'm obsessed with it. In a dream world, David Lynch or David Cronenberg would turn this surreal low tech horror story into an absolute monster with dark humor and some very interesting body modifications.

10. The Resurrectionists by Michael Patrick Hicks

This might be getting slightly ahead of myself, as I've only read the first book of the planned series, but I think it's safe to say Salem Hawley needs his own TV show. A freed slave in post Revolutionary War America fighting racism and cosmic horrors? Can you imagine??? The amount of thrills, chills, and action would be out of control, and I'm already on the edge of my seat to see what's in store!

These 10 books only scratch the surface of reads I think would lend themselves exceptionally well to being adapted to screen. So now I want to know, what books do you want to be made into movies/TV shows?
adaptations books list movies