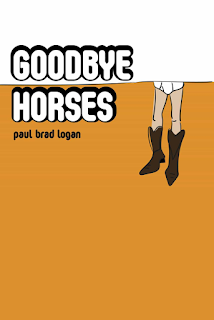 A bumbling, small town sheriff and his naive deputy try to make their town crime free for one year. This goal leads them into many shenanigans, ranging from absurdly funny, to dark and bloody (and sometimes darkly funny while absurdly bloody).

This dark comedy starts out rather slow, and I would dare say the set up dragged considerably, but it leads to such an interesting shift in tone (but also, not really?) and some really unexpected character arcs that made this a very enjoyable read overall. We spend plenty of time getting to know Sheriff Junior Miles, and his deputy Bubba, as they try to keep crime under control in their struggling town. It feels a bit directionless to begin with, but the scenarios were odd and funny so I was unbothered, but you're mileage could very considerably. Events pick up and find focus after Sheriff Miles experiences a personal tragedy that leads him to declare his desire for a crime free year in his town. The absurdity remains, but a mean streak starts to show, as the sheriff starts doing whatever it takes to make his dream a reality.

The parallels between certain characters in the story and the people they are based on is unsubtle, but I don't count that as a bad thing, mostly due to the focus on how a seemingly good, harmless fellow could be drawn in, and radicalized (for lack of a better word). The increasing conflict between the sheriff and the deputy was so compelling, and unusual, in large part due to how inept both characters are (that probably doesn't sound all that enticing, but it honestly really works here).

This is the kind of storyline that brings the Coen Brothers to mind, which as much as I loved, it also kept making me think how much more effective this would be as a film. Logan is also a screenwriter, and it makes me really want to read this as a screenplay (and of course, watch it as a movie or miniseries). I genuinely enjoyed reading Goodbye Horses, and think many others would too, but a visual medium would really take it to the next level.