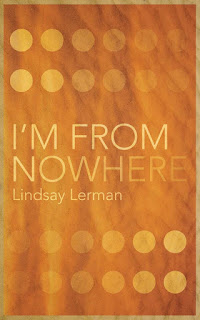 After the sudden death of her husband, Claire finds herself alone and grieving in a dying world. She throws herself into the arms of two men she has been friends with for years while examining--and trying to reclaim--her individual identity.

So upfront, real talk to start with. My synopsis doesn't do the story justice at all (and in all likelihood, neither will this review) but plot isn't the star here. This is a short book, and on the surface appears to be a fairly simple one, but it is full of the kind of complexities that tickle at my brain and give it a depth that I found exciting and want to continue to mull over. Following Claire's thoughts as she grieves for her husband (and the person she was with him) made for a beautifully written, and incredibly compelling, read.

Claire herself is a complex and deeply human character flanked by Andrew (quintessential fuckboy for lack of a better word), Luke (the nice, sensitive guy), and John (her deceased husband). Three men who you could say love her, and what you could call a love triangle, but it's nowhere near that simple. Claire is placed on a pedestal where she is idealized and simplified by men's desires, while she herself tries to understand her own desires and complexity. That on it's own sounds like it could be the makings of a torrid romance novel, but it truly only scratches at the surface. There isn't an ounce of melodrama here, and the amount of nuance boggles the mind. Oh, and to subtly tie in climate change? It is honestly beyond me in the best possible way.

So much of what made this a standout for me was the way it hit me on a personal level. I've shared those thoughts, I've asked myself those questions, I've analyzed relationships to death. So as with anything, you're mileage could vary greatly, but as often as Claire's actions were world's different from what my own would be, her thoughts and feelings resonated so deeply with me, and not simply with my own relationships. I analyze everyone (thanks mom and dad) and this is the kind of book I wish I could go back in time and give not just to my younger self, but many of the women and girls in my life.

Lerman has crafted an impressively insightful and multilayered  look at female identity with a genuine depth that's hard to find. This book is a must read from writer to watch!